Up until last weekend, I'd only had wonderful FRESH gluten-free pizza crust in New York City.  At one time there was a place making fresh pizza crust in the metro Atlanta area, but it wasn't very popular and it might have been dropped from the menu subsequently.

Meet Don Antonio by Starita - Atlanta!  As you enter the upscale space on trendy West Paces Ferry Road in Buckhead, take note of the lovely patio strung with lights...it reminded me of a lovely Italian place in Rome.  Inside, the high ceilings and warm, rustic colors of the restaurant's interior further ooze the feeling of Italy.  I secretly hoped that maybe the food would taste as fresh as it does over there....

After reviewing the gluten-free menu options, we ended up getting to try some things we'd planned to order as well as several other things during a leisurely lunch.  By the end of the meal we were in a slight carb-induced coma, but we weren't complaining one bit! 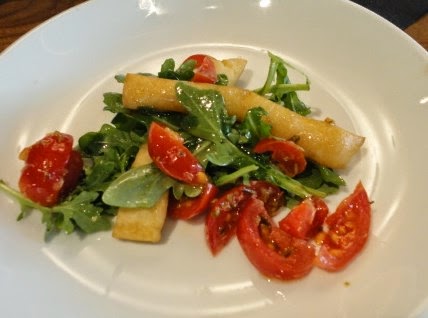 To start, we sampled the Angioletti salad which is lightly fried dough topped with grape tomatoes, arugula and EVOO.  The produce was so delicious that we assumed they had a garden on site.  Seriously.  The bread pieces were amazing in the way that makes you wonder if it's really gluten-free.  Of course, it absolutely was! Next up was the famous fried pizza Montanara Starita.  It sounds odd - a lightly fried pizza crust - but nothing about the pizza tasted fried and it wasn't at all greasy.  It was just 100% amazing!  If the crust was wonderful and the toppings were not, it would be a problem for any gluten-free foodie.  Thankfully, the amazing sauce, basil and house-made mozzarella cheese matched the perfection of the "I can't believe it's gluten-free!" crust! 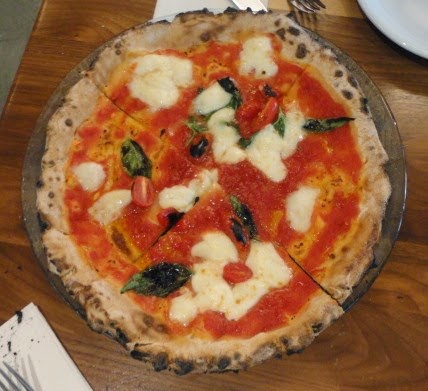 Once I tasted the crust on the first Neopolitan style pizza at Don Antonio's, I realized I'd actually forgotten how wonderful fresh pizza crusts can taste.  There are some amazing and some very good frozen gluten-free crusts out there, to be sure, and there are some that are pretty much inedible.  It's reasonable to assume that there will always be more frozen gluten-free crust options than fresh ones.  That's why it's particularly special to be able to enjoy such a special pizza made with a FRESH crust and ingredients without having to fly to NYC or Naples!

We topped off our wonderful meal with a dessert made up of fried gluten-free dough and Nutella.  It was decadently delicious - what else is there to say?!  There is a full bar and the specialty cocktail options totally rock!  Feast your eyes on the special pies and other things at Don Antonio's here. 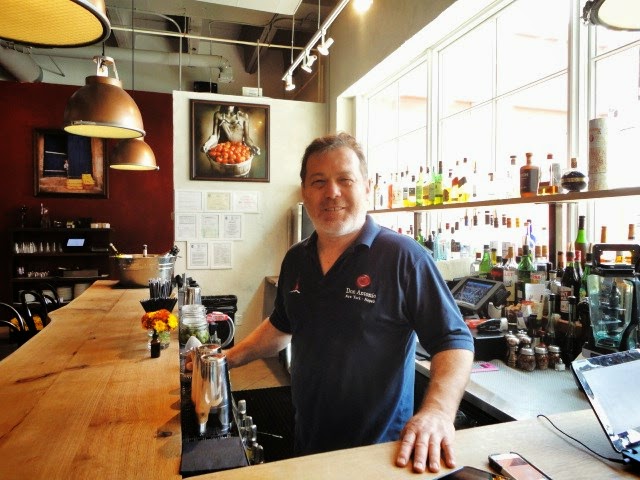 One of the most delightful things about dining at Don Antonio's is the way the staff makes you feel like family - it really is like being in Italy in the heart of Buckhead - in terms of the fabulous food and the service.  We were lucky enough to meet owner and renowned chef, Roberto Caporuscio (see above photo), during our visit and he explained about the extensive cross contamination prevention procedures they have in place.  Roberto's daughter was in the ATL for a long stint to train the staff which included proper gluten-free prep and service from the back of the house to the front.  Be sure to check out this fabulous addition to the Atlanta pizza scene whether you're gluten-free or not!