Another 100% Gluten Free Restaurant in Texas! 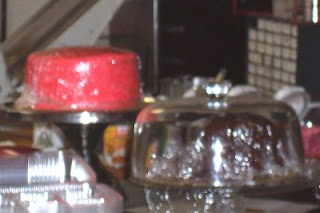 We headed to Plano for lunch around 10 a.m. on Saturday since we wanted to have an early lunch and then rest a bit before the wedding that night. When we arrived at the shopping center where Laura's Bistro is located, my husband was sure I had wrong directions and we were lost. There was really no activity in the strip mall to speak of but I finally saw the Laura's sign and a sign that says 'open' in the window. We parked and went in just after 11 a.m. Needless to say we were the only ones there except the staff but the Chef wasn't even there yet...he was running late. They actually don't open for lunch until 11:30 but they have a store for shopping for gluten free food. I think my auxiliary pantry has more food than their store shelves did but in any case, we were seated by a cheery server and started reading the extensive menu.

Like the LAB in San Antonio, everything on the menu at Laura's is gluten free. Unlike the LAB, this menu is very extensive and so it's very overwhelming to decide what to order. Should I try the country fried steak with gravy, a pasta dish, catfish, pizza, crab cakes? It was almost too much to think about. Since we could not order for a bit, we started ruling out what we could have at home - crab cakes, pasta, salads, etc. That left pizza, onion rings and fried catfish - or at least those tempted me the most. So for an appetizer we had a pepperoni pizza. It was a personal 8" size so it was just enough to share and it was very good, with a crust that was somewhat similar to a Cheebe but better. 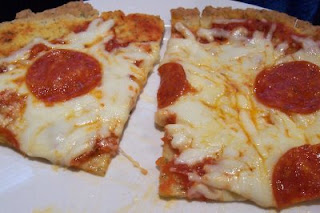 Next up came an order of catfish with fries AND a basket of onion rings. The onion rings were really, really bad. When the server noticed we were not eating them she asked why and when we told her she admitted they bought them frozen and didn't make them there with their own batter....that would explain it. We asked her to take them away and she did but never mentioned taking them off the check. We were so happy with the rest of the food we didn't mind paying the $6 for something we found inedible. The catfish was some of the best I'd ever had but without the onion rings, my husband thought we should order something else to eat. So he ordered the crab cakes and we split them too. They were fabulous though I didn't care for the sauce served on the side so the husband got all of that. 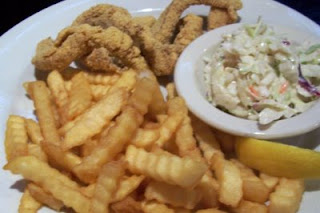 When we were sufficiently full from the largest lunch of our lives, it was time for dessert. This place is also a gluten free bakery and they supply cakes to a fancy bakery Dallas for gluten free weddings and special events. They make great cakes but don't pretend to be expert decorators (see photo of cakes above). I knew I had to try their award winning chocolate cake but that would be my dessert for the wedding reception. For that day, we decided on the strawberry cake and since they had chocolate cake doughnuts, my husband had to have one of those as well. The sandwich shown below was not ours, but the people at the next table were nice enough to allow me to take a photo of it. It's a simple BLT with fries but oh how the simplest things can excite our set! 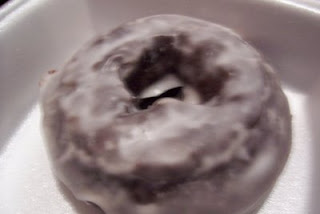 My husband said the doughnut was okay but we agreed piece of strawberry cake we shared was incredible! I don't even like strawberry cake but it was moist with a great flavor and the icing was also exceptional. It's hard to believe but I really didn't feel overly full when we left Laura's but I wasn't hungry again for many, many hours. 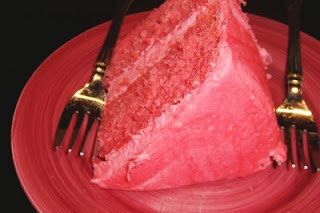 For the wedding reception, the staff had been made aware of my dietary needs and indicated to the Bride's Mother that it was not a problem to accommodate me. When everyone else's salads arrived, I was a little surprised to see they brought me a fruit salad instead. There were no croutons on the salad so the only thing I 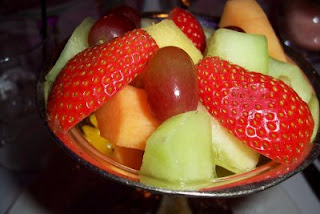 could think of was that the candied nuts in it contained flour. The fruit was fine and it was clearly gluten free so I just ate it and didn't ask about the salad or nuts. 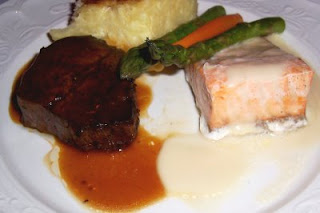 When the dinner plates arrived, everyone at our table was served exactly the same thing. The server insisted my meal and everyone else's was gluten free. Considering the plate has a potato casserole of some kind on it, we were not too sure he was right but at that point I could have eaten the tablecloth since I'd had to skip all the appetizers served before the reception doors were open. So I ate almost every bite on my plate. The steak wasn't quite done enough for me so I ate the outside and gave my husband the middle. The salmon was perfect and both sauces were very good as well. The veggies were tasty and the potato casserole was amazing! It was my favorite part of the meal. My meal was indeed gluten free and delicious!
Obviously neither wedding cake served was gluten free and I was a little surprised that I was not offered anything else for dessert. No worries though - we simply asked for small plates and pulled out our huge piece of chocolate cake from Laura's. I'd put the take out container in a small gift bag and stuck it under the table on arrival. We split the cake and it was absolutely the best gluten free chocolate cake I've had to date. I like my own chocolate icing better but the cake itself was out of this world delicious! 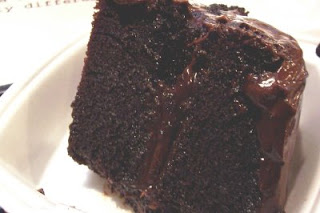 No wonder it won a taste test against gluten cakes! Way to go Laura!

So, if you're ever invited to a wedding or event at The Adolphus in Dallas, be assured you can get a great gluten free meal. You just need to request it when you rsvp for the event. The Chef said he'd prepare gluten free Afternoon Tea service with advance notice but we didn't have time for that. If any locals try it, please let me know how it is. And if you're within driving distance of Plano or are ever in Dallas you have GOT to go to Laura's Bistro for a gluten free meal. You will not be sorry you did!